So my two weeks break is up, and was majority used on running errands for my parents and taking my brother and nephew to school in the morning. But it wasn't all a waste of time, with the my new PS3, several new games, and occasional going out, I had some fun. I finished Heavenly Sword (In about 2 days time) and MySims, both were exciting and still have various other tasks I can do even with the story finished. Semi-Finished(Mostly Witnessed) BioShocks Good Ending, I'm gonna play it again and do all the bad things to get the Bad Ending. Bought Resistance: Fall of Man, but haven't got around to playing it.

Seeing as my break is up, I guess getting to writing reviews for all three games would be hard to get to, but I'll try. I had a chance to draw this break too, and on my boyfriend's, Diego, Wacom Cintiq. Such a nice tool to have, heres the pic, its of my MySims character I designed, Evey.

I start classes tomorrow and have a schedule of Wednesday, Friday, Saturday and Sunday =) ... What fun this will be. Oh and my grades for last term were 3 As and 2 Bs... Was aiming for all As, but that'll do.

I got a new Asian Ball Jointed Doll during the Glendale Elfdoll Store TeaParty, it's a ElfDoll Soah and she's Gorgeous. I'll post pics soon.

I saw Across the Universe, it was a good movie, but it was mostly great music wise. Otherwise, the movie was a bit simple, but I'd still recommend it.

I went to Little Tokyo with Diego and my sister Angelica last week Wednesday. We shopped a bit and ate some good Japanese food. Gotta love Little Tokyo, the closest to Japan I can get for now lol =P

So Halloween is coming up and all the theme parks are starting up their celebration, I may be going this Thursday to Knotts Scary Farm, but its a big maybe. I got a costume too, its a sexy Mobster Chick =P 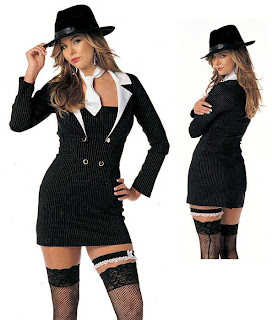 Well, that's all for now, Hope things are going good for everyone, I'll be back later to write up again!

Oh and it's mine and Diego's 5 years and 9 months Anniversary! Happy Aniversary Babe!
Posted by Sasha Palacio at 10:29 AM No comments: